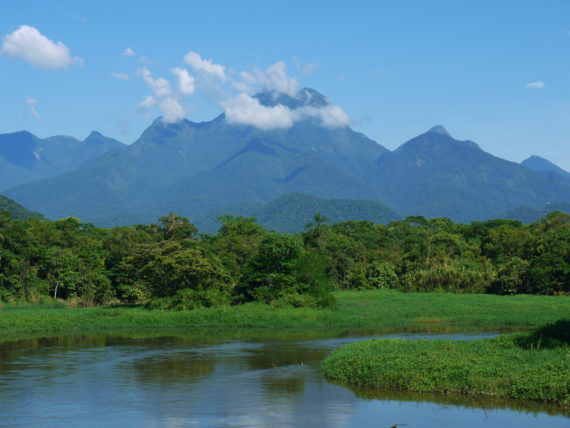 New study reveals that the Atlantic Forest demonstrates the best opportunities for the restoration of tropical forests around the world
Thursday July 4th, 2019

Researchers pinpoint restoration hotspots in 15 countries, including Brazil, Indonesia, India and Colombia, across four continents where reviving forests would deliver the biggest carbon, water and wildlife benefits for the buck

In a peer-reviewed report released today, researchers identified more than 100 million hectares of lost lowland tropical rain forests—restoration hotspots— spread out across Central and South America, Africa and Southeast Asia that present the most compelling opportunities for restoration to overcome rising global temperatures, water pollution and shortages, and the extinction of plant and animal life. Brazil, Indonesia, Madagascar, India and Colombia have the largest accumulated area of restoration hotspots; six African countries–Rwanda, Uganda, Burundi, Togo, South Sudan, and Madagascar–are home to the areas presenting the best restoration opportunities on average. “Restoring tropical forests is fundamental to the planet’s health, now and for generations to come,” said lead author Pedro Brancalion, from the University of São Paulo, Brazil. “For the first time, our study helps governments, investors and others seeking to restore global tropical moist forests to determine precise locations where restoring forests is most viable, enduring and beneficial. Restoring forests is a must do–and it’s doable.”

The 12 authors of the Science Advances study, Global restoration opportunities in tropical rainforest landscapes, used high-resolution satellite imagery and the latest peer-reviewed research on four forest benefits (biodiversity, climate change mitigation and adaptation and water security) and three aspects of restoration effort (cost, investment risk and the likelihood of restored forests surviving into the future) to assess and “score” all tropical lands worldwide in 1 kilometer square blocks that retained less than 90 percent of their forest cover. Restoration hotspots are those lands that scored in the top 10 percent, meaning that restoring them would be the most beneficial and the least costly and risky.

In most cases, restoration hotspots overlap with fields and pastures currently in use by farmers. As a result, the study shows, restoring forests is most feasible on lands of low value for agricultural production. Alternatively, the researchers argue, restoration could be coupled with income-generating forms of production through, for example, enriching pastures with trees, harvesting forest-based products like rattan and growing coffee or cocoa beneath a forest canopy. Any decisions about changing land use must fully engage local communities, as restoration should complement rather than compete with food security and land rights. In other cases, these hotspots include abandoned, degraded farmlands or government lands.