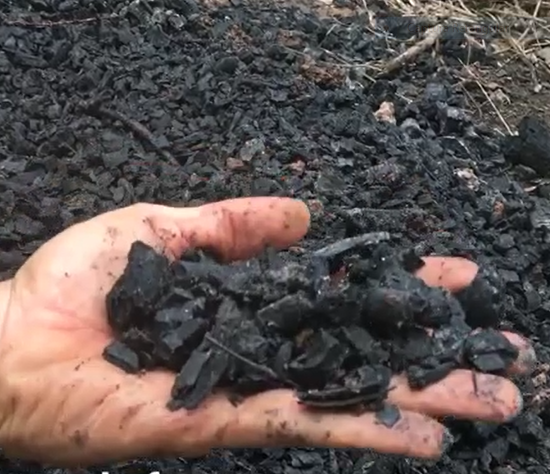 An unprecedented study in Brazil showed that the use of biochar, a product resulting from pyrolysis (controlled burning of organic waste) may be the solution for the restoration of degraded soils, in addition to promoting a nearly 30% increase in agricultural and pasture production and help the environment. The result of the research, coordinated by Agnieszka Latawiec,  Professor of the Department of Geography and Environment of PUC-RIO and director of the International Institute for Sustainability (IIS) was featured in scientific journal Scientific Reports, published by Nature Research today (19/08/2019).

According to the study, the application of biochar in degraded pastures increased by 27% the productivity of grasses (brachiaria), increased the amount of macronutrients, decreased soil pH and sequestered carbon, thus contributing to climate regulation.

For the researcher, who is also coordinator of PUC-Rio’s Centre for Conservation and Sustainability Sciences (CSRio), the use of biochar brings numerous environmental and potentially economic benefits to farmers.

“Brazil is the second largest meat producer in the world and projects to increase its agricultural production to reach the first position in the world ranking. But most of the deforested land in Brazil is occupied by low productivity cattle ranches, where more than 70% of Brazilian pasturelands are considered degraded, with less than one animal per hectare. This is one of the main reasons for deforestation, biodiversity loss and greenhouse gas emissions, which occur when farmers are looking for new land for agricultural and cattle ranch expansion, with better quality soils. Large-scale biochar production would be a good solution to meet this demand for pasture and other crop production and could be achieved by industrial processes, as is the case in many countries in Europe, the United States and Australia. The production of biochar in these places is even the result of the way they treat their organic waste, producing energy and thus reconciling economic development with the conservation of the environment,” she explains.

According to Professor Latawiec, in addition to increased food production, the study evaluated another ecosystem service provided by biochar-treated soils: carbon sequestration.

Research has shown that  each hectare amended with biochar saved 91 tons of Carbon Equivalent (CO2eq) through land sparing effect, 13 tonnes of CO2eq sequestered in the soil, equating to U$455 in carbon payments.

“With investments in efficient biochar production techniques, such as the creation of waste processing plants, or if farmers adopting biochar are rewarded in schemes such as Payments for Environmental Services (PSA) or Low Carbon Agriculture (such as Plan ABC), they will be preserving the environment while obtaining resources to maintain and increase their productivity. Thus, biochar is a promising tool to improve the productivity of pastures, crops and conserve the environment,” says Latawiec, who cites the example of Poland, where there are already plants that produce energy in pyrolysis ovens to supply the population and provide biochar as a second product, at a very competitive price compared to other soil amending alternatives.

The biochar used in the experiment was produced at Embrapa Agrobiologia, in Seropédica (RJ) and applied in “Fazendinha” an experimental area located in the Atlantic Forest biome in various types of crops: pastures, corn, beans and native seedlings ,.

Biochar it is the product obtained through the controlled burning of organic waste (by pyrolysis), such as coconut shell or pruned tree branches. It is mixed with the soil to improve its composition and texture, water holding capacity and  carbon sequestration, reducing greenhouse gas emissions and in many cases enhancing productivity.

Watch below a video about on-farm biochar production and its practical application in Brazil.