Natural regeneration is key for large-scale forest restoration, yet it may lead to different biodiversity outcomes depending on the socio-environmental context.

We combined the results of a global meta-analysis to quantify how biodiversity recovery in naturally regenerating forests deviates from biodiversity values in reference to old-growth forests, with structural equation modeling, to identify direct and indirect associations between socioeconomic, biophysical, and ecological factors and deviation in biodiversity recovery at a landscape scale. Low deviation within a landscape means higher chances of multiple sites in naturally regenerating forests successfully recovering biodiversity compared to reference forests.

We suggest that natural forest restoration should be prioritized in landscapes with both low socioeconomic pressures on land-use conversion to pasturelands and urban areas and a high percentage of forest cover. 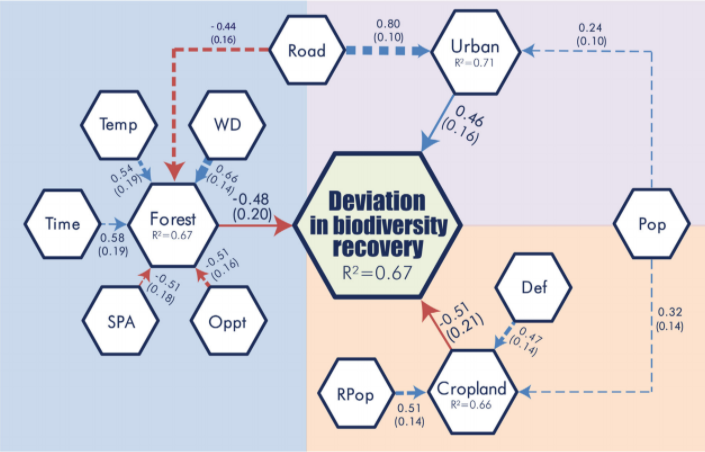 
< Previous Next >
Back to Publications