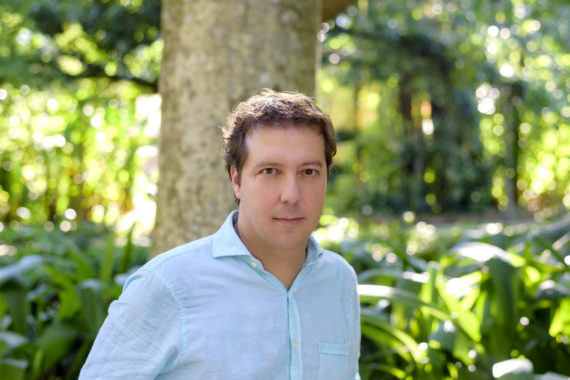 Bernardo Strassburg is one of the leader authors of the new report from the Intergovernmental Science-Policy Platform on Biodiversity and Ecosystem Services (IPBES)
Monday May 6th, 2019

Nature is declining globally at rates unprecedented in human history — and the rate of species extinctions is accelerating, with grave impacts on people around the world now likely, warns a landmark new report from the Intergovernmental Science-Policy Platform on Biodiversity and Ecosystem Services (IPBES), the summary of which was approved at the 7th session of the IPBES Plenary, meeting last week (29 April – 4 May) in Paris.

The report has two major main messages. On the one hand, it shows a tragic picture of the devastation of the planet’s nature and the enormous negative consequences of this devastation for human well-being. On the other hand, based on multiple scientific studies and practical success stories, it illuminates ways to reverse this situation and at the same time achieve a state of equilibrium in our relationship with the rest of nature and the major sustainable development goals that humanity has set for itself. It brings out the warning of the catastrophic situation and the ways out of it.

“The overwhelming evidence of the IPBES Global Assessment, from a wide range of different fields of knowledge, presents an ominous picture,” said IPBES Chair, Sir Robert Watson. “The health of ecosystems on which we and all other species depend is deteriorating more rapidly than ever. We are eroding the very foundations of our economies, livelihoods, food security, health and quality of life worldwide.”

The Brazilian researcher Bernardo Strassburg, IIS´s Executive Diretor, Professor at the Pontifical Catholic University of Rio de Janeiro (PUC-Rio) and coordinator of the the Centre for Conservation and Sustainability Science (CSRio)  is one of the leader authors of the assessment. His main contributions focused on the fifth chapter, on possible ways out of today’s dire situation for a sustainable future. The main message is that only with transformative changes, coordinated within different sectors we will achieve a sustainable future. “The good news is that we do not need any new invention, all the elements needed for the transition to sustainability are already being implemented successfully in several regions of the planet, albeit on a small scale and in isolation,” stresses Strassburg.

Among the several proven measures are the expansion of protected areas and indigenous lands, an integrated spatial planning that reconciles areas for agricultural production, areas for conservation and areas for nature restoration. These elements were illustrated in the report with Brazilian success stories, which have already led to the largest deforestation reduction the world has seen in a short time (in the Amazon between 2005 and 2012) and the remarkable experiences that combine production, conservation and restoration. “These Brazilian examples of success stories in the global report reinforce our unique potential to lead the world in a transition that reconciles protection to nature and its multiple contributions to us with sustainable rural development and an international differential. For the agricultural sector, such a scenario will avoid the current degradation of soils, water resources and pollination, while at the same time positioning Brazilian agribusiness in the leadership of green agriculture, which is already becoming a requirement in large consumer markets “, concludes Strassburg.

“The member States of IPBES Plenary have now acknowledged that, by its very nature, transformative change can expect opposition from those with interests vested in the status quo, but also that such opposition can be overcome for the broader public good,” Watson said.

The IPBES Global Assessment Report on Biodiversity and Ecosystem Services is the most comprehensive ever completed. It is the first intergovernmental Report of its kind and builds on the landmark Millennium Ecosystem Assessment of 2005, introducing innovative ways of evaluating evidence.

Compiled by 145 expert authors from 50 countries over the past three years, with inputs from another 310 contributing authors, the Report assesses changes over the past five decades, providing a comprehensive picture of the relationship between economic development pathways and their impacts on nature. It also offers a range of possible scenarios for the coming decades.

In addition to Strasssburg, contributed to the study IIS´s Executive Director, Professor at the Pontifical Catholic University of Rio de Janeiro (PUC-Rio) and coordinator of the the Centre for Conservation and Sustainability Science (CSRio)  Agniezka Latawiec and IIS´s research assistant Fernanda Tubenchlak.

Based on the systematic review of about 15,000 scientific and government sources, the Report also draws (for the first time ever at this scale) on indigenous and local knowledge, particularly addressing issues relevant to Indigenous Peoples and Local Communities.

The Report finds that around 1 million animal and plant species are now threatened with extinction, many within decades, more than ever before in human history.

The average abundance of native species in most major land-based habitats has fallen by at least 20%, mostly since 1900. More than 40% of amphibian species, almost 33% of reefforming corals and more than a third of all marine mammals are threatened. The picture is less clear for insect species, but available evidence supports a tentative estimate of 10% being threatened. At least 680 vertebrate species had been driven to extinction since the 16th century and more than 9% of all domesticated breeds of mammals used for food and agriculture had become extinct by 2016, with at least 1,000 more breeds still threatened.

To increase the policy-relevance of the Report, the assessment’s authors have ranked, for the first time at this scale and based on a thorough analysis of the available evidence, the five direct drivers of change in nature with the largest relative global impacts so far. These culprits are, in descending order: (1) changes in land and sea use; (2) direct exploitation of organisms; (3) climate change; (4) pollution and (5) invasive alien species.

The Report notes that, since 1980, greenhouse gas emissions have doubled, raising average global temperatures by at least 0.7 degrees Celsius – with climate change already impacting nature from the level of ecosystems to that of genetics – impacts expected to increase over the coming decades, in some cases surpassing the impact of land and sea use change and other drivers.

Despite progress to conserve nature and implement policies, the Report also finds that global goals for conserving and sustainably using nature and achieving sustainability cannot be met by current trajectories, and goals for 2030 and beyond may only be achieved through transformative changes across economic, social, political and technological factors. With good progress on components of only four of the 20 Aichi Biodiversity Targets, it is likely that most will be missed by the 2020 deadline. Current negative trends in biodiversity and ecosystems will undermine progress towards 80% (35 out of 44) of the assessed targets of the Sustainable Development Goals, related to poverty, hunger, health, water, cities, climate, oceans and land (SDGs 1, 2, 3, 6, 11, 13, 14 and 15). Loss of biodiversity is therefore shown to be not only an environmental issue, but also a developmental, economic, security, social and moral issue as well.

Other notable findings of the Report include

The Report also presents a wide range of illustrative actions for sustainability and pathways for achieving them across and between sectors such as agriculture, forestry, marine systems, freshwater systems, urban areas, energy, finance and many others. It highlights the importance of, among others, adopting integrated management and cross-sectoral approaches that take into account the trade-offs of food and energy production, infrastructure, freshwater and coastal management, and biodiversity conservation.

Also identified as a key element of more sustainable future policies is the evolution of global financial and economic systems to build a global sustainable economy, steering away from the current limited paradigm of economic growth.